Having watched the legendary "Patrick that's the Ashbringer video", I feel compelled to make a Patbringer key for Patrick on joke battles. I see this site is very inactive, but I would like to discuss where Patbringer would scale if anyone is willing.

He wields the Ashbringer, the legendary blade of the Highlord of the silver hand, Alexandros Mograine. This weapon, forged from the heart of a Naaru (powerful primeval light-entities) and Lightforge steel in the depths of Ironforge, was crafted by the dwarven King Magni Bronzebeard to combat the plague of undeath then destroying the human kingdom of Lordareon. In the hands of Highlord Morgraine, the Ashbringer turned the tide against the undead. The Highlord reduced entire hordes of the undead to ash simply by existing in their vicinity with the ashbringer. The Ashbringer was so effective against the undead that the demons behind the plague of undeath, the burning legion, had to orchestrate the Highlord's death through clandestine means (knowing they would be turned to ash in a direct confrontation).

A new Highlord, Tirion Fordring, went on to pick up the Ashbringer and wield it against the undead. He defeated the Lich King twice, even at the foot of the frozen throne where said Lich King was supposedly "invincible". The Ashbringer shattered the Lich King's cursed mourneblade, Frostmourne, and ended the threat of the undead Scourge for years to come.

Now Patrick wields the ashbringer and we see him causing fields of flowers to burst into bloom, creating light bursts, storm clouds and lightning, then clearing the skies and causing the sun to rise and set. So...

ZoroNotZolo said:
How many paths does it bring? If it's at least 6, he should be 5-C, scaling to the Sage of Six Paths.
Click to expand...

Many, many paths. If I have to think about it, the Patbringer would be 4-C since he's controlling the sun and making it do all kinds of things

Also, an image of the Patbringer for anyone who didn't watch the video 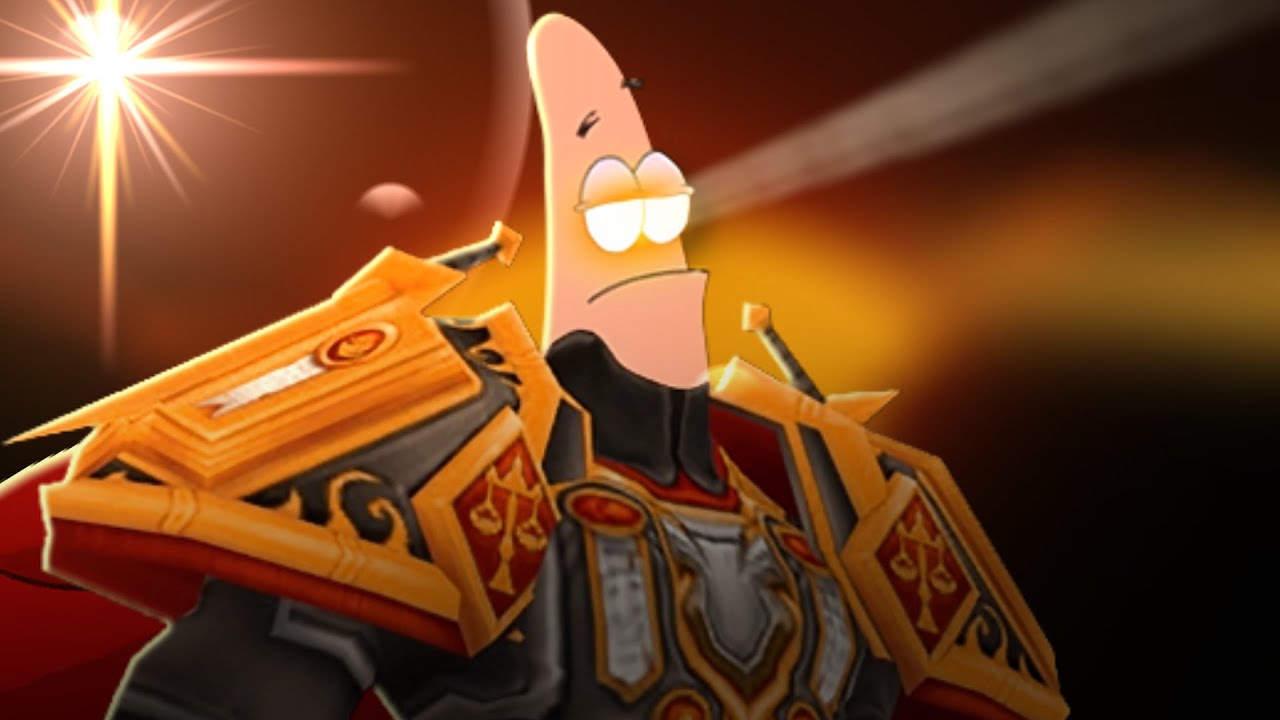 You must log in or register to reply here.

The Lord Ruler vs Tirion Fordring

Patrick Star Running to the Sun