The rules are simple:

Any info on these characters (whether they can be yeeted from the list or not) is appreciated.

I should probably move the one's where there are open spots. Not sure about the others. Gonna wait for input.

I believe we were discussing High 6-A, we already decided the both Colosseum and Jay beat Satan, but now we are trying to decide who would win between the two.

Note: This is 9th key Jay

Nominating NACHILLEMORAC for High 5-A

Sandbox with the same stuff to make it easier to paste.
Last edited: Oct 9, 2020

Lots of things in that need fixed, but i'll try.

(such as alot of things being super outdated)

Yeah it's also quite outdated...

We might have an easier time just redoing the entire thing tbh.

I'll give reasons later... Actually, I'm pretty sure they were on the other threads...

For now, just know some of her keys have passive 1-A mind manip.

Ok, can you provide links to the characters you put in the paste data?

Sandbox with the same stuff to make it easier to paste.

Some characters have been deleted or updated.

(I've somehow lost my progress 5 times already and it's starting to get on my nerves)
Last edited: Oct 9, 2020

Ok, why does Faust take 8-C and i'll add dealer.

Check his second key, which is 8-C . we talked about it in the last thread more in depth. If anything you can ask Weekly.

If a character is, lets say, High 6-A, High 3-A with X ability/weapon/preparation/temporary power-up do they count as High 6-A or High 3-A on the list?

Its just a weapon or ability they have, otherwise stand users on the VSB list would be in Tier 8. Prep is the only thing I can see reasonably throwing a wrench in that but for natural stuff they'd have on them I'd go with their physical tier.

High 6-A with High 3-A abilities, *natural weapons (if all weapons are enabled then non-natural weapons can be applied) and prep qualify for High 6-A, the power up counts as along as it only affects anything EXCEPT ap, or if it buffs ap but the tier stays the same.

Well, the buff is just an energy vial that grants you High 3-A attack power when absorbed and is then immediately exhausted after one strike. If prep is allowed my Bats maybe higher depending on levels of the opponents hax due to having a 2-A artefact and forcefield.

If it changes AP, you can't use it in a strictly High 6-A ap match up.

Kk, I understand. He okay in being added in the spots that aren't taken, that I mentioned above?

Wouldn't it be a good idea to start making vs threads to create discussion?

Maybe, but nobody is commenting so it wouldn't go very far. Also, we can do semi-matches on here, and the ones that aren't clear cut will get matches.

What the hell, might as well start some momentum.

@Colonel_Krukov so, do you want me to add this to result to the tiers?

Edit: Yeah, the only major hax Batman has is Plot manip

I think more people are focused on VSB CRTs at the moment.

To comment on a character I suggested; Plot Manipulation and Intelligence would I feel grant The Dealer a win for 4-C against Abyssion.

EDIT: Depression is also his thing. He also has a knack for making people want to kill themselves if that means anything here (See Blackjack).
Last edited: Oct 11, 2020

Explain about Plot Manip and how it can beat Abyssion.

He rewrites the Plot so that he can win or that something really tragic happens to Abyssion.

Its mentioned in The Dealers profile but even other cosmically aware beings in the verse couldn't understand why things weren't going the way they were supposed to. For context the events of Friendship is Magic were what was supposed to happen in the verse; Fluttershy and Discord becoming friends, Anything involving Cadence/Twilights brother and Twilight becoming an actual Alicorn etc. The Dealer flat out tells it that was his doing why these events didn't come to pass. In doing so he mentioned rewriting entire characters backstories and the such just to get what he wanted (More suffering.)
Last edited: Oct 11, 2020

While looking over it, I will place him there.

Ok, now onto possibly the easiest match of them all, Supreme of 0-D or Azazel (Heaven's Sky).

You really need to update that op, it's so behind. 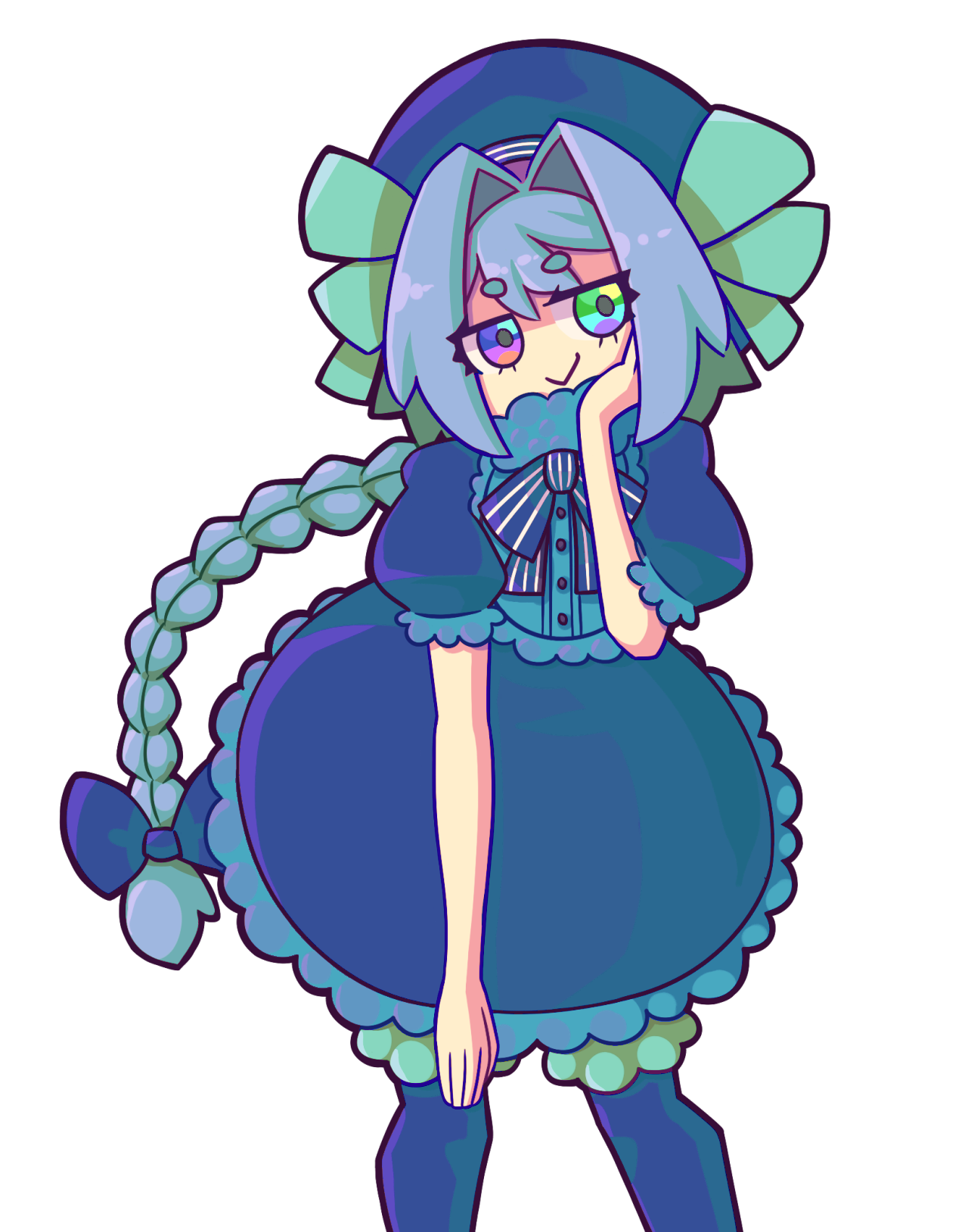 Seraph Almasy (Save the World)

Seraph Almasy is a character in Tales of the Red Wings, relocated to Save the World, a VSRP. In his world, Seraph is a member of the Raven Sword Guild, an organization that specializes in taking down and arresting criminal mages. His backstory is mostly unknown, but he claims to be from the... 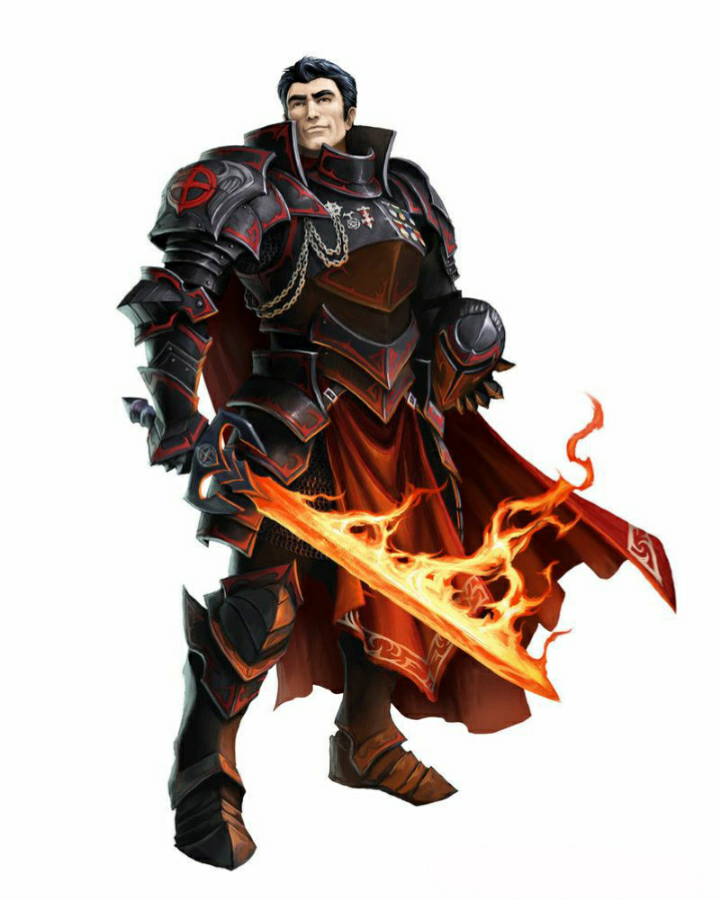 Eldur was the ancient God of Fire, son of the Goddess of Night Njól and of the God of Day Dagr and the youngest of his brothers. When humanity was born, Eldur was intrigued, unlike his brothers.

I have one, but I'm saving it until we at least get to Set 3 and where I can actually have feats of Colis' upper limit for nonsense

@Promestein how so, and how can I fix it?

Why is Valev/Alri still on this list? I thought I asked for them to be removed a while ago, as I don't want to continue debating with them as well as update their positions due to TIC revisions.

Just... edit it. You know how to edit your posts, right? You can update your post with the new rankings, you know, and remove the ones that shouldn't be there anymore?

Promestein said:
Just... edit it. You know how to edit your posts, right? You can update your post with the new rankings, you know, and remove the ones that shouldn't be there anymore?
Click to expand...

you could have done without the snarky comment
Specifically what should be changed, because just saying "edit the post" doesn't tell me what I need to edit.

All the inaccurate spots. Someone even recorded them all for you. Several remain inaccurate.

I updated the list to account for deleted profiles, I did all I was shown could be done.

These need to be changed as well.

Well, they've changed tiers, so they need to be removed from their current ones and applied to the new ones (Or at least debate for the new tier)

I'll remove tiers they left, and I will add to the tiers they have now if the person who nominated stated it for all tiers.

Ok, I believe this was sorted out, the last conversation back on the previous thread was High 6-A of Colosseum vs. Jay Grimoire, as both stomp Satan.

I don't think Batman can do anything to these unless he has any speed/AP advantage since his High 3-A attack and prep is banned.

For a second I thought that was a meme

Then I realized I was on FC/OC

Any opinions on this?

Mostly because of her immortality

I'll give reasons later... Actually, I'm pretty sure they were on the other threads...

For now, just know some of her keys have passive 1-A mind manip.
Click to expand...

Mind manip is mostly useful against corrupt/evil beings but on its own its still quite potent.

She also has lots of other stuff like High 1-A EE via purification and such. She's a REALLY big smurf. Though, this might change soon when I get back to making the verse as some of it is a little weird to me still.
Last edited: Oct 15, 2020

Seems correct for now yeah. But I'll let the others argue for their characters. I don't know very much about them.

Because yanalds fate haxs are pasive even after his "death". Only way to "kill" him is mostly involves resisting his fate haxs, because that's his main thing that makes him unable to be ended. Even by his holy magic weakness he lived because of his fate haxs

Idk. She doesn't resist fate hax. But the power itself is 1-A so idk if his fate stuff can even effect it.

Her mind manip is mostly empathic, it just makes you a holy/pure person, meaning you won't do bad things like killing, insulting, hurting, etc, and will be super happy and overjoyed while within her aura/presence.
Unless you're evil, in which case her aura will destroy your mind entirely.

what are the bumps for?

To get more discussion, anyway, about your character Phaera, explain how the 1-A stuff works and should I add a key for Low 1-A to 1-A?

Her purification allows her to erase evil entirely (Body, mind, and soul) via destroying their existence. It can be evil or corrupt people, beings, objects, etc. Though, it will not work on those pure of heart. Despite that, it can be used on normal people to clear their minds and souls of evil (Not that useful). All of this is on a High 1-B level (Will likely be changed to 4-D later). Her EE is stronger than a High 1-A voids EE btw (Will be 6-D later)

Multiple of her light attacks inflict these effects. And she can destroy souls on a higher-d level with her basic light blast.

Her mind manipulation/aura (In her first key) passively puts people into a peaceful mindset (Explained above). However, evil/bad beings/people will have their minds destroyed under the effects of her aura. In her later keys, she can completely warp minds into destruction regardless of whether you're good or bad. And after her Lightbringer (3-C key), she can mind control. Though, it doesn't work on other angels. All of this is on a 1-A level (Will likely be changed to 5-D later...)


idk how much more u want me to explain.

Ok, anybody else want to interject to what we decided?

Totally forgot about this. Someone wanna give me a quick rundown of what happened here over the last month or at least what the current topic is? Too lazy to read it all
You must log in or register to reply here.

Strongest plant for every tier. (Celebration 3/3)
2

The Wiki's Strongest... Where only AP counts