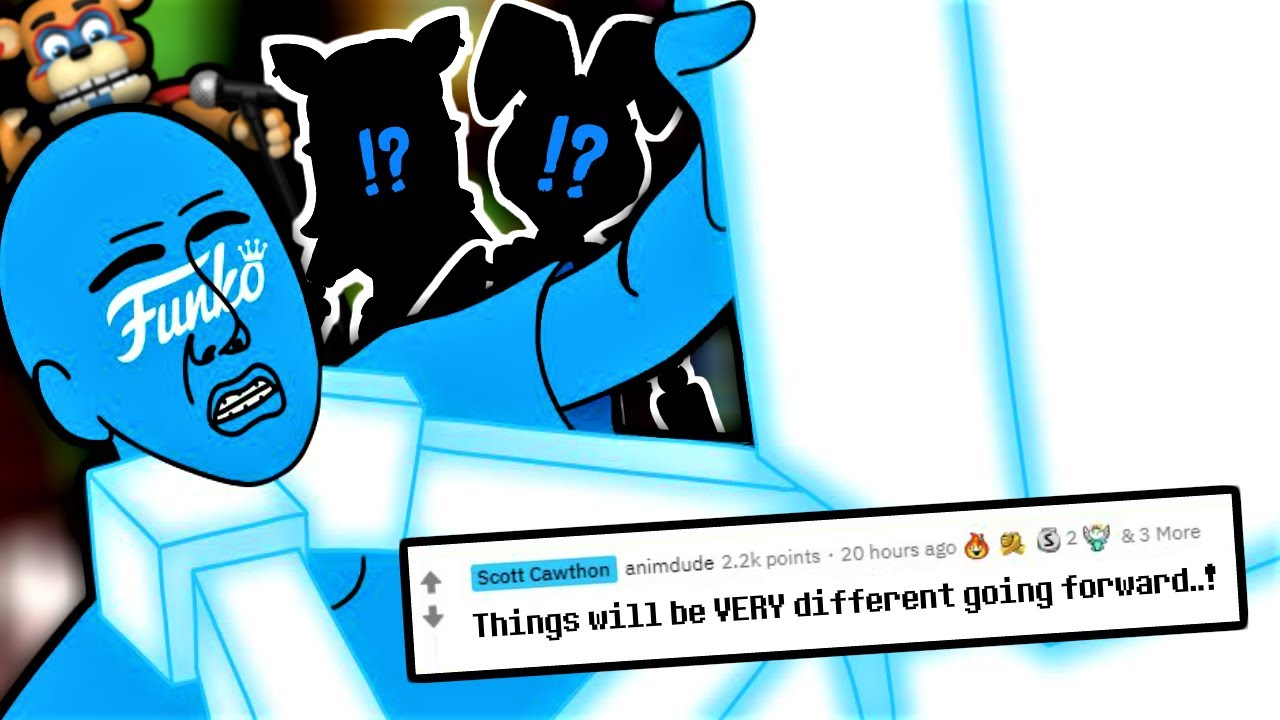 Well, we don't have a general thread for FNaF, so I thought I'd make one

Made a profile for Andrew and took some notes for Stitchwraith as well as souls/remnant/emotions. I'm missing info from Book 5 but will be getting it soon.

Also while I'm here. I saw The Player (FNAF AR)'s Profile and saw their equipment included those Endos that can mimic the animatronics. How many of those do they have? Might have a Matchup idea for them depending on the answer.

They can have 9 of the endoskeletons

And he can use all 9 of them in VS Threads?

He can send them all out at once to attack players, so I'd imagine so, yes.

Then I know what I'm doing later.

Nice to see someone continued my work for me. I plan on making a Count The Ways Funtime Freddy page.

Why do I have a feeling that by the end of the series, William Afton's going to have like 15 keys...

Probably because William is very good at branding and changing powers

New book's out. Read the first story and the stitchwraith section.

So, some things confirmed by the stitchwraith.

It implied Step Closer Foxy being another thing Andrew had infected, so Curse Manipulation for Andrew. Though the profile might need some reworking, considering what's revealed about William.

Glowing soul remnant from FNaF AR is consistent, as Andrew and Jake were visibly glowing while trying to leave the Stitchwraith.

William was the third spirit within the Stitchwraith as he had clung to Andrew post-death (being the one who made Andrew's joking shock lethal). He tried to keep Jake and Andrew trapped within the Stitchwraith. Jake had to fight by controlling his good memories, focusing on them to leave the body but blocking them to reattach himself to the animatronic

William's essence (exclusively from the perspective of other ghosts) took on a form similar to Springtrap, while Jake turned into a baseball bat

Despite getting crushed in the compactor, William's pure malevolence pulled the stitchwraith back together, also absorbing other crushed debris, before ejecting Jake

"Miscreation" (what I'm calling it until we get a name) is 15 feet tall, made of random robotic parts forming a somewhat humanoid body with rabbit ears
Last edited: Jan 16, 2021

Nice l
You must log in or register to reply here.

Slappy vs Five Nights at Freddy's