Aliens come in all shapes and forms, and the variety of such creatures are more varied than all the stars in the night sky. And while the universe is full of breathtakingly beautiful vistas, we shall look deeper to the most dangerous visitors from the cosmos. From an intimidating space pirate who spreads death and devastation in his wake, particularly for one notable bounty hunter, to a creature designed to be its own natural disaster, and would likely have caused mass mayhem on Earth had it not been for the friendship of a certain Hawaiian girl. But which of these creatures shall win the day? Today, we find out! 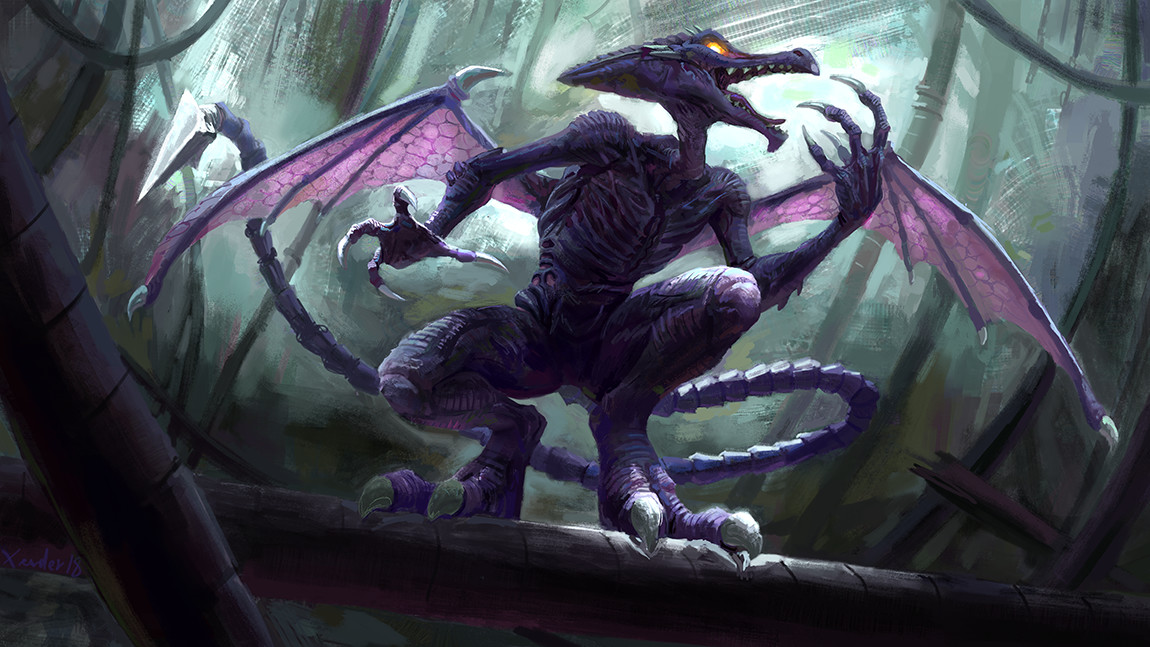 With all this being said, let the debate begin!

not only does he hold an ap advantage but he also has a Resistance to Ridleys ways of attacking those being his Fire and Plasma Manipulation plus the added bonus of being resistant to blunt force, So Ridley is gonna have a very hard time harming Stich in any meaning full ways
Ridley does hold some advantages like his flight giving him far greater mobility, he has superior LS which means that he could Pin Stich down for the win, and his regeneration and immortality type 3 are gonna give Stich some trouble,
but Stich can still hit Ridley if he is flying with his Plasma pistols with some trouble of course and with his AP advantage he could incap Ridley as to prevent his regeneration and immortality, his similar intelligence to Ridley means he'll likely go for incap once he sees Ridley regen

Going with Stich on this one via AP, being resistant to Ridleys ways of attacking, slightly better intelligence, and having ways around Ridleys mobility

Well, Ridley’s stealth and fire seem pretty null here, but he’s got range, flight and better regen going for him. Stitch, though, looks like he’s smarter and very resourceful and likely better combat skill. Stitch could very well take this high diff, but it seems like incap is the only possible option for each opponent because killing each other is going to be absurdly difficult.

I mean, Ridley's Regeneration is actually slower than you think, and actually requires Ridley to consume people to work.

Well...uh...the logical reason for this is-

2 more votes if I didn't miss something

I'll admit that I did miss CINDER's vote, but Chariot's didn't seem like a vote to me.

Starter_Pack said:
I'll admit that I did miss CINDER's vote, but Chariot's didn't seem like a vote to me.

Yeah I didn't vote.
Though someone should probably get a Metroid supporter in.

Though I will say.

Bruhtelho said:
plus the added bonus of being resistant to blunt force
Click to expand...

Ridley is also capable of carpet bombing if he truly wanted, and actually has done things like that in character depending on the key, with one time being around the ZM key. If Ridley wanted to he could easily escape and carpet bomb (And given the range of his escape is to space), I'd say he's pretty safe. And given his skill in aerial combat, I'd assume he'd be able to dodge Stitch's plasma pistols given Ridley has engaged, and won, in dog fights against ships, using his own body.

Not inherently, it's more of a Dio thing where he can regen on his own, but eating others bolsters it greatly. Though it's more of a overtime thing without that.

Blue punch buggy FRA if not a stomp

So, I know Ridley can carpet bomb, but Stitch is incredibly resistant to heat, fire, and explosions. So anything he doesn't dodge outright he can probably tank, particularly with his superior durability.

Yes, Ridley absolutely has the aerial advantage, but is that even his style during one-on-one battles? I mean, he doesn't just take off to the stratosphere and continuously attack Samus from the air, does he? No, he gets up close and personal. When he battles, he wants to feel his opponent die himself.

You have a fairly good point with the piercing attacks though, he does like using them when he can.

So, I know Ridley can carpet bomb, but Stitch is incredibly resistant to heat, fire, and explosions. So anything he doesn't dodge outright he can probably tank, particularly with his superior durability.
Click to expand...

Being resistant to heat doesn't mean he's resistant to all heat. Being able to walk off like 10,000c wont help against like 1,000,000c in the slightest or any other combination of huge gaps like that, so I ask, how good is his heat res? Same with explosions, are the explosions Stich took even equivalent to his durability or were they far lower? Same with Plasma. Because gonna be real, literally none of this is citated on his profile. I can't make a reasonable conclusion if I don't even know where it's coming from or the extent of the resistances.

Yes, Ridley absolutely has the aerial advantage, but is that even his style during one-on-one battles? I mean, he doesn't just take off to the stratosphere and continuously attack Samus from the air, does he? No, he gets up close and personal. When he battles, he wants to feel his opponent die himself.
Click to expand...

Sometimes it is actually, yeah. Did that a lot as Meta (one of his moves is no shit, an actual carpet bombing run), once in Prime 3 iirc, and stayed in aerial combat for most of his fight in 2R. He also usually flies around constantly in his fights in the 2d games, being restricted only because of the room he's in.
He also makes use of that in some manga fights too.
So I don't know what you mean by "no", because he does. He mixes it up with CQC sometimes, but sometimes he doesn't, but if he's this outmatched in raw power, I'd assume he'd use that intellect of his and just go for aerial combat given it isn't even out of character for him and is something he's liable to do regardless given in every single fight he's ever had he's mixed in flight at least a bit.
Last edited: Jul 4, 2021

Stitch FRA.
You must log in or register to reply here.

Those Borne With The Fruit Of Hatred (Injustice Superman vs. Galarian Moltres) (Voting Completed)