I don't know how many people will care enough about this topic, or if this is even worthy of being posted on the "important news" board. But frankly, I don't care. This is something that is particularly important to me, and I would like to share this with everyone.

For those of you who aren't aware, Scott Cawthon, the creator of the Five Nights at Freddy's series of games, has officially announced his retirement from the series. His farewell letter which can be found on his official website, cites that the primary reasons for his retirement is so he can work on other projects, maybe even try his hand at RPGs again, and to be there for his family. Some official articles claim that Scott was outright canceled due to some of his donation sources being leaked, which shows him giving money to the campaigns of certain notable and controversial Republican representatives, including former president Donald Trump, as well as going onto a now-locked Reddit post where Scott defended his actions with mixed reactions.

Whatever the reason may be, I believe that this is a tragic loss, not just for the horror game community, but for the gaming sphere as a whole. And while Scott may be hanging his coat, he promises that this will not be the last we see of him. And he promises that FNAF will continue on under the mantle of someone he will hand-pick himself to continue the franchise.

As a major fan of the franchise, I will forever cherish the franchise he has built. My early teens was dominated by Freddy, to the point where I only realized what a Sans was a year after the release of Undertale, and it really helped solidify my love for the horror genre that was planted early on by the Goosebumps series of books. I tip my hat to Mr. Cawthon as he proceeds to the next chapter in his life. 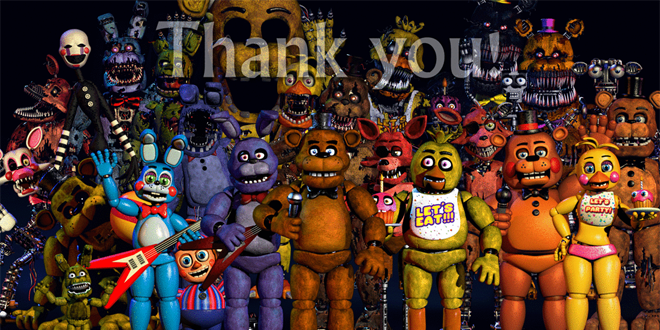 Gonna miss Scott. He made the best and scariest games with the best jumpscares. Those games helped me through my childhood 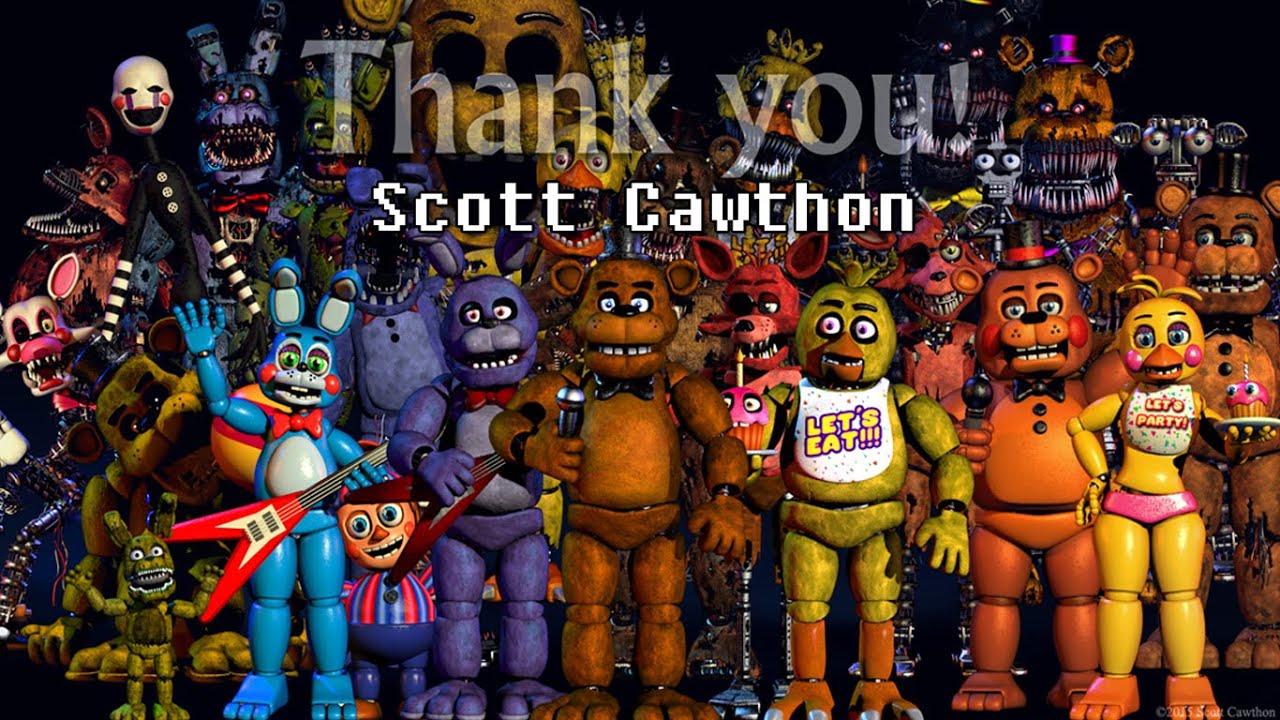 'tis a sad day. I hope that Scott has success in whatever future projects he has. I very much liked all his games and they have a place in my heart.

Same, I never really played the games cuz I was too chicken to play them, but I enjoyed watching people play them and hearing their reactions to the jumpscares (Markiplier, Jacksepticeye)

While I have admittedly been far behind on the series since 2015, I have always considered the charm unique and it was one of the few survival horror games I actually really enjoyed playing. As most honestly bore me. But the various content, fan theories, fan made songs, ect all basically kept me from reminding the series being memorable.

But yeah, Scott was one of the coolest authors/franchise creators as a person I have ever heard of. He shares some spiritual values with me among many other things which I know has actually been a surprise to a lot of people. And he was really helpful and cool in the comments section of good old MatPat's videos. The series would honestly not be the same without him. But he mentioned a retirement from the main project and working on other projects. I know he's retiring from FNAF as a game series, but I do look forward to what projects in particular.

I know what of the biggest alleged projects was the FNAF movie that has been going on for years. I know that started out as a movie everyone was expecting to be terrible in which I agreed. And this is a rather long story, as there was a script for the movie back in 2017 which honestly would have been a disaster given Scott disapproved the script and transferred the rights over to Blum house. So with the otherwise bad script, we eventually got the so bad that it's good Banana Splits movie. Which despite the really bad writing and hit and miss acting turned out to be something I did have a lot of fun watching. But nowadays, I actually look forward to a real FNAF movie given that Blum and MatPat's live streams mentioning how well the movie is turning out. As well as plenty of MatPat's theories are becoming influences for the movie's plot. Though, I do not know if Scott will be working on that anymore. But regardless, I'm still going to miss Scott as the main leading the FNAF games.

I hope the retirement doesn't turn out to be too huge of a loss and that Scott's journey goes well.

I do not like these kind of disturbing horror games at all, but it is sad if he actually was forced into retirement due to cancel culture, especially if he was rather harmless as a person.

To be fair anti, Fnaf isn't even half as scary as most horror games.
It's jumpscares with some hidden plot. Other games like amnesia and stuff are like 10x worse.

Fnaf is basically the most innocent horror game out there

Okay. It is the theme of tormented souls of children that I find disturbing.

Antvasima said:
I do not like these kind of disturbing horror games at all, but it is sad if he actually was forced into retirement due to cancel culture, especially if he was rather harmless as a person.
Click to expand...

And that is okay. The subject of horror is often an acquired taste, and if you're not comfortable with it, then that's fine. This is not about the games, but rather the man behind them, and giving this guy who created one of the most influential games of the 2010s a proper send-off.

Well, I have similar views as Antvasima regarding horror stuff though for different reasons. I'm not a big fan of gore fests of slasher movies; I don't consider those scary given the fact that it's all fiction, but consider that stuff gross or vomit inducing. I also dislike verses that are pretty much just hordes of zombies attacking. But I personally do find paranormal stuff and possessed animatronics interesting. And it's more so the murder mystery aspect that may be disturbing for readers and it's also the part I find more interesting than the survival gameplay itself.

But I agree with Starter Pack that the OP is more about the creator behind the series than the franchise itself.

Anyway, I share largely the same views as Medeus regarding horror games. Zombies are ultimately absolutely morbid, sick, and disgusting as a concept, for example.

Damn, that's expected and unexpected at the same time, despite that I wasnt really a big fan of fnaf, but it still reminds me of my teenager days, when I was happy, uh, I am aging too fast, anyways,, I hope that he has sucess in the new life that he is plaining to himself or whatever he is plaining, I will miss it

I'm just going to post that Scott was one of the best game developers out there, and now he is being there for his family

Because I can VERY easily begin ranting about Cancel Culture and shit like it.

I'mma now say something serious. I loved his work since i was like 11-12, he's an amazing creator and it was a fun ride. He is a legend.

I respect him ... he made a very complex lore for very simple games. First games were good but I can't blame him for making use of his popularity to make more games and money.

What happened with Andrew Hussie? I thought that there are ongoing continuations of Homestuck.

Antvasima said:
What happened with Andrew Hussie? I thought that there are ongoing continuations of Homestuck.
Click to expand...

He "recently" removed himself from anything Homestuck-related, including Homestuck^2 and Hiveswap.
The Homestuck books full of WoG also had their production stopped, with Viz Media claiming that it covered the entire comics (which is one of the most blatant lie I ever saw).

These are now What Pumpkin's work (mostly Hussie's friends), just like in Scott's case with someone else taking care of the series.

Okay. That is unfortunate, but in this case, maybe he simply thought that he had said all that he wanted to say with the original massive work?

I am making a quick post here to say that MatPat of Game Theory has released a very important video about the state of FNAF and Scott Cawthon himself due to his retirement, and I feel that if this subject is important to you, I would recommend giving it a quick watch, as it explains things in a very in-depth fashion and does it much better than I or most people really could ever do.

Five nights among us