I have asked this question here, but I added some new things and created a visual board of the Neon Cavaliers cosmology to the best of my ability. I'm curious about what tiers this new cosmology will get and what I could improve on or change.

Realm of mortals: A realm that houses infinite multiverses, where mortals reside.

Realm of Space and Time: A realm that embodies the infinite space-time continuums, also called timelines or multiverses.

Dimensional Wall: A wall that separates those in the lower realms from the higher realms.

Realm of Chaos and Order: Beings that exist in a higher level of reality where they transcend space-time, becoming superior to it. They view everything below them as a snow globe that they can control.

Limbo Wall: A wall that separates the lower realms from the Realm of Observers.

Realm of Observers: A realm that contains countably infinite dimensions where beings who reside within it view everything below them as obsolete, viewing everything as if it were an anime.

God Wall: A wall that separates the realm of the gods from the lower realms.

Realm of Gods: The realm of gods exists outside of everything, where beings that are infinitely superior to everything below them reside. They view everything below them as mere chess pieces that they can control to their every will, essentially controlling their fate. Only beings with great power who the gods see fit can enter their realm. 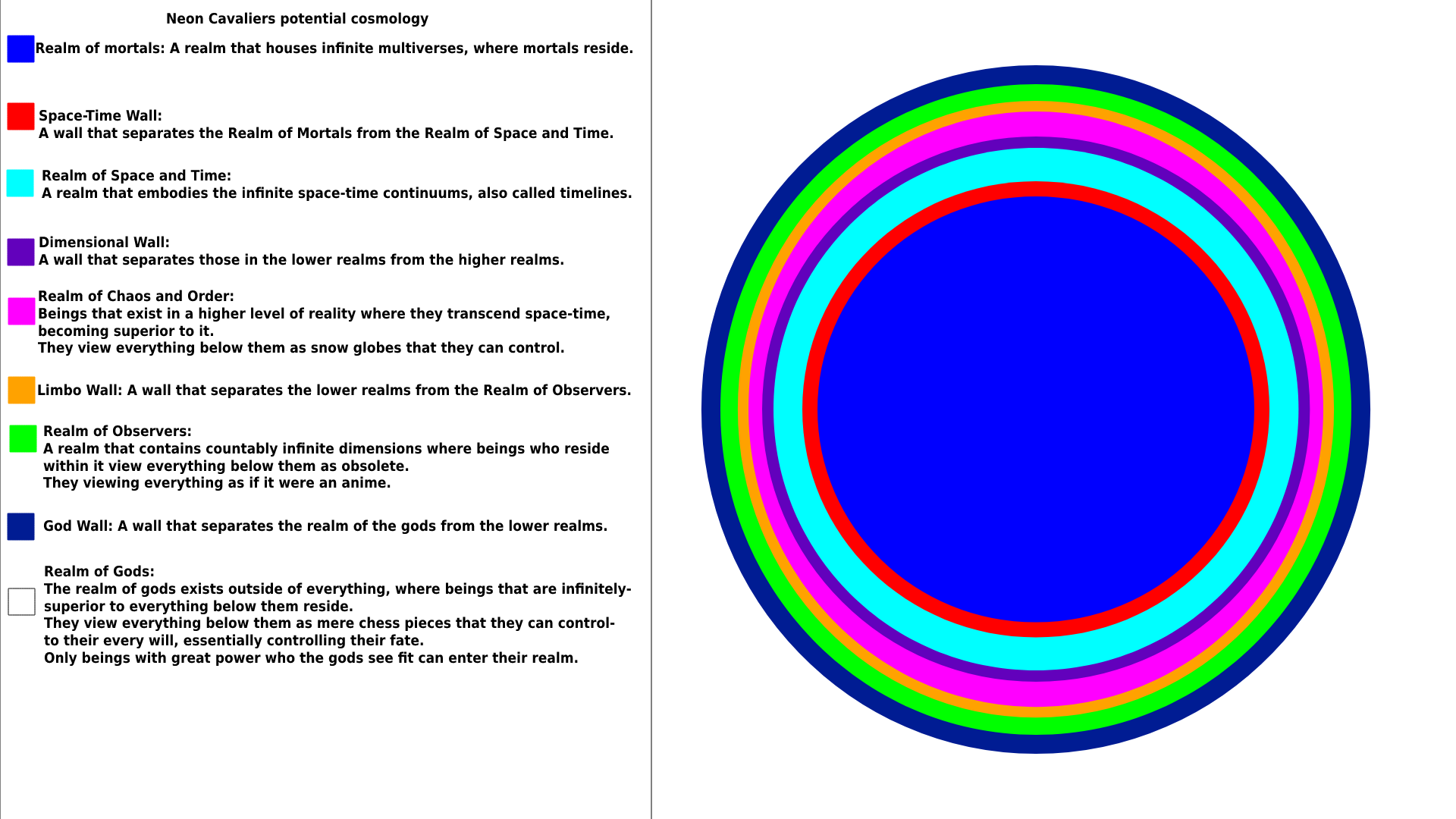 This is very interesting!

Coolwriter2805 said:
This is very interesting!
Click to expand...

bump
You must log in or register to reply here.

Neon Cavaliers, the Aramore Kingdom, The Devil King Faction, Land of the Dragons, Atlantis and Oki's Followers vs Alexander Alejandro

Question about this confusing cosmology, and what tier this cosmology qualify?