Hello, VSBattle Wiki. I know I’m gonna get banned fucking hard and i will still be hated by everyone primarily by BigSmoke4269 which he has all the right too but i just wanted to speak my mind out. i just remembered that i had this account laying around somewhere and I wanted to say something. First of all everything i did even though I admitted as being a Joke was not a Joke i was extremely depressed and suicidal at that time and didn’t know how to control myself, and it was not because of a Godmode of Ness it was more like that i had a bad experience in my life with mainly things outside the internet and i had too put my frustration somewhere and I rather put my frustration in something that can’t fight back then doing terrible stuff in real life with real people, which i never did i never hurted someone or killed someone I’m not a troll and i never was (But regardless if i say this or not people will still think that I’m a troll), even though I admitted that i was a troll i was not a troll and i‘m still not a troll. Regardless everyone here just wants me gone and I’m hated by everyone which i now really don’t care about anymore. From everyone in Godmodes Wiki Fandom to This Place. I am known as one of the the most terrible people, which is not a title I’m proud of at all but it doesn’t bother me either because i have only known hate all my life anyways which i rather not get into because i will be nuked off the planet after i post this message and people will still think that I will comeback to this place or Godmodes wiki or any other place like that but I’m not not this time I’m not going to waste my life being a dick and being hated by everyone because of the things i have done. I have admittedly done stuff that was so bad that people tracked my IP and wanted to kill me (Which if you read this we will happily meet soon because I’m done getting shit on), i have done terrible stuff i broke apart Godmodes Wiki Fandom, i abused multiple accounts to circumvent a ban or multiple bans at that point, i pretended to be people I didn’t like to get them off a wiki (Mainly BigSmoke4269), i also pretended not to be myself while i used a other account and yes CosmicDragon1001, was still me. However my intentions where never to be a dick to others it was just that my status as PandimensionalBeing042 was so terrible that I wanted to make actual people like me as who truly good i am and not how terrible piece of shit pan is. Yes you all can say that Pan is terrible and a horrible person and you will all probably name things that i have done but no one knows the context behind why i did these things (But even if they did they will still say that it’s terrible because it just is), I wouldn’t care either if someone would send me a death thread if they weren't alright it all hangs around that death threat. Just look when i came to VSBattle Wiki for the first time: 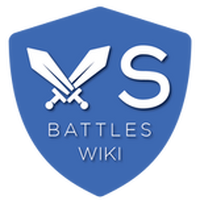 I was stupid as fuck and I didn’t know how the rules went and where insulting people because my 1 braincell couldn’t comprehend the wiki because of how difficult it was for me (I’m not saying that anyone is dumb here I’m saying that i was dumb as fuck), and i had no one to talk to because i feared I would be banned because i was quite oversensitive. Luckily for me Stilwinston and Newendigo where there to help me out and even tho they hate me, i still respect them inmmesly that they helped me out with telling me how the rules of the wikia went and they guided me through how it works, which I’m to this day still thankful on.

Yes, I’m still being hated on and I don’t expect that to change at all, because i deserved it for what i have done. Thing is just that i have found peace with myself and that my life is going very well outside of the Internet (Outside of me stressing alot about what i have done which only shows that i actually have empathy and i care about others). And if there are people out there who say that i’m lying about my feelings I’m not I’m as serious as i can be, obviously this will be the so many time that pan entered this wiki as a sock but i just want to apologize to everyone involved if you read this. And I especially wanna apologize to BigSmoke4269 (Even tho he got fet up with my lies and he still hates me which again he has all the right too, I’m truly sorry what i have done to you and i don’t expect you to talk to me about this and i still expect you to say that I’m a troll and talk about me when I’m blocked which you can go right ahead because you have all the right too but don’t expect pan on you wall anymore and i hope that your life goes well in the long run),

Also i wanna give a quick shoutout to by far one of the best users i have ever met in this Place The_2nd_Existential_Seed, he is awesome even though all the things that i have done he still wanted to talk to me and hang out with me. Truth is i and seed are extremely similar people and i still respect him alot and I always will. He is such a underrated user i hope he does realize that he is not alone i will help him as much as i can because he is my friend and i care about him alot. And after i saw his leaving message I became really sad, and i wanna tell him this seed do what you need to do, make your dreams become true and don’t let anyone ruin it for you my friend. You are you and all the things you have done where never for nothing i stand behind you, your characters every character you ever made where amazing even tho it got hated by almost everyone, i still like them alot. Your very creative and you should definitely finish what you started.

What i did is absolutely not okay and i will never stand behind what i have done and never will I’m sure at some point that if something where to happen with me it would be for a good reason. Because i was truly a piece of shit. I absolutely do not have a biogrety for autistic people at all. I have nothing against anyone and I heavily apologized if i did it was never my intention.

I also apologize to every staffmember here and especially on Godmodes Wiki Fandom, admins such as MaxForward, MLPlover2011 for what i did, I’m truly sorry for what i did, for wastings everyone’s time and being a dick and a assole. Yeah you all will say this message isn’t legit but it truly is it comes for the deepest bottom of my heart that i actully finally realised that i have one.

I do expect this message to get alot of different messages, but i will respect that speak out your mind.

Bump, I would like to know what others think

Well, it is obviously good that you are trying to repent and do better, but it would set a very bad precedent if we start to let members who have been repeatedly banned for using sockpuppets combined with systematic trolling back into the community.

I have asked AKM to inspect your thread.

I wanna talk to you in private about it so you can understand where I’m coming from is that okay? For some reason I can’t send any private messages yet.

Okay, but I still cannot go against our rules regarding this.

Can you send me a pm?

I have done so.

Antvasima said:
but it would set a very bad precedent if we start to let members who have been repeatedly banned for using sockpuppets combined with systematic trolling back into the community.

I have asked AKM to inspect your thread.
Click to expand...

I completely understand it anyways, also I didn’t expect anything else either. I just wanted to apologize to everyone here that’s all, seed was gonna come in and say something but I’m not sure when if it takes to long don’t hesitate to ban me. Also most trolls and socks have absolutely no regret on what they have done and are just pieces of shit with no empathy, or feelings regarding anything they are like those rich teenagers who expect to make everyone handle them anything at a silver platter. But I’m different.

I'll wait for other staff, but for the time being. I agree with Antvasima that in the long run that it would set a bad precedent. But I'm at least glad you're apologizing. Mr Bambu would also be someone who has a great sense of judgment for things like this.

Honestly I didn’t expect to change anything. I will still be hated and such, but I wanted to apologize.

Thank you. It is appreciated, but we still have to ban you to follow our rules and not set a very bad precedent.

The sock detection system has picked up that your account is a sock of Galactic Astronaut, who caused trouble recently.

And yes, regardless of that, it would set a bad precedent where everybody would write an apology thread and expect to come back even if they don't mean it.

Take care of yourself.

I’m gonna be taking a break

Sorry pals, I guess this is the end of the line